On the 6th May 1945 was Dolní Lukavice and other villages liberated by U. S. Army. Let´s remember how it was like there 70 years ago...

Dolní Lukavice was in the centre of everything, because there was a military headquaters. There were some tents in castle park and a big ten with a mobile canteen. Main tent area was found in castle park, where is now located a football pitch toward the chapel. Soldiers were there until September 1945.  The rest of soldiers were accommodated in houses of villagers.  According to chronicle soldiers slept by Tobrman´s family (No. 166), by Sýkora´s family (No. 7), By Hrubý´s family (No. 47). They had a military club in pub "By White Rose". This club was a centre of their culture and entertainment. They invited local girls there to dance boggie woogie.  Total number of soldiers was 600.  There were also two Pipers aircrafts located on the meadow between cemetery and river.  Post was delivered by Pipers aircrafts. According to notes of Václav Hřebec Dolní Lukavice was liberated on Sunday 6th May 1945 at 12 o´clock and it was rainy weather.

From Dolní Lukavice soldeirs continued to Lišice, it was about 1 p.m. U. S. soldiers got a big and warm welcome from people from Lišice. At night from 6th to 7th May there were some German soldiers arrested in forest Vysoká. The security was ensured by National revolutionary committee (head was Peter Vokáč, Lišice No. 57).

Americans also came to Snopoušovy.  They came there in the afternoon.  Local people welcomed them, they spent short time there and then they went back to Dolní Lukavice.

Many people from village remember when they were children, they met U. S. soldiers. They gave them some sweets, as bars of chocolate, chewing gums, peanut butter.  Some men got tobacco or cigarettes and some women sometimes got American soaps when they washed their uniforms at home they got a soap as a benefit.  A good soap was a hard to find at that time in Czechoslovakia. All people from village prepare soap at home from bones.  Americans had soaps with a nice fragnance.

John Shobey was born in 1919 in the USA. When he was 26 years old he went to Europe and he was on 6th June 1944 in Normandy. As a member of Ranger unit he fought in part Omaha. He spent the end of war in Pilsen and then he moved to Dobřany and finally on 16th May he moved to Dolní Lukavice. He fell in love to Zdenka Kohoutová there and then left. He was married and had children and Zdenka got married later. He became a widower in 1977 and he was alone with his son and a daughter.  He came to Dolní Lukavice. In 1980 he came to Dolní Lukavice with his daughter Sandra.  In 1981 he retired, he was 62 years old.  In 2001 he got a historical seal of city Pilsen and in 2001 he got married to Zdenka Kohoutová. He died on 3rd March 2003, aged 84, and he is burried in cemetary in Dolní Lukavice. 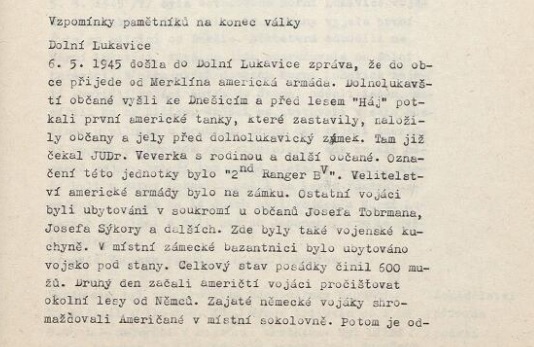 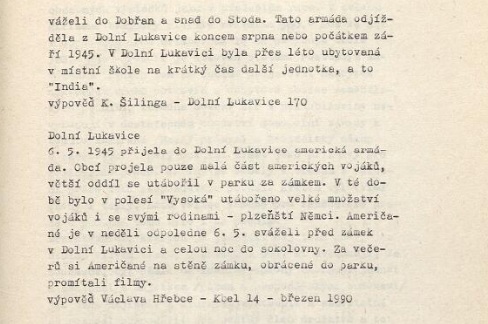 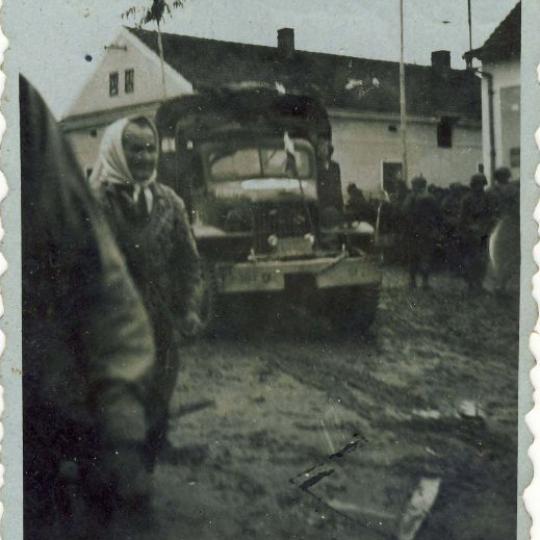 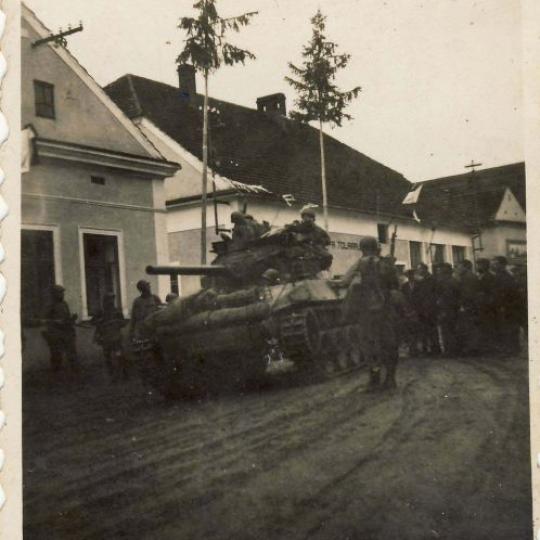 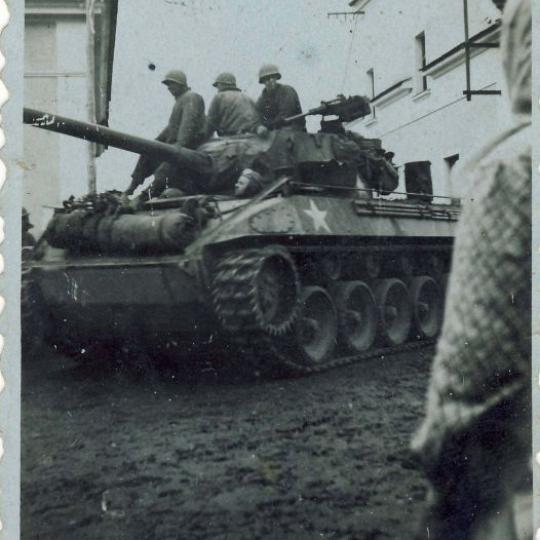 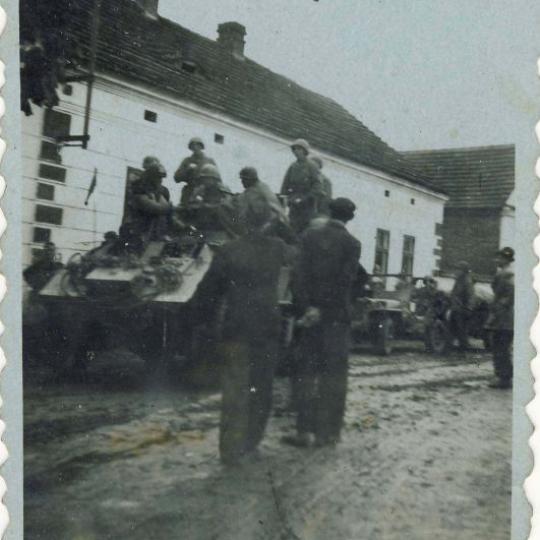 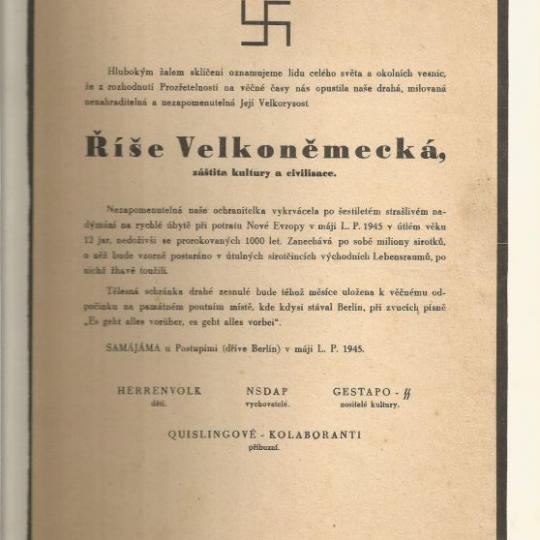 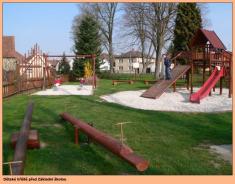