For editorial :
„American woman“ was born on May 30 1858 in Dolní Lukavice in the house No.51, having her maiden name Marie Hrubá. She left for America with her parents and three sisters in 1883. Here she got married taking the name Jursíková. She was returning from the USA periodically, always for a few months, to Dolní Lukavice. About 1925 she had here built by her nephew Josef Hrubý a house, which still stands here provided with no. 161. In Mrs.Jursík´s absence the house served in winter as a canteen where soup was served for scholars until the year 1938, when the old lady returned for the last time from the USA to Dolní Lukavice. After the war, about in 1949 Mrs. Jursíková was over 90 and began to lose her memory and orientation. The family decided to put her in an aged people institute in Šluknov, where she died in a short time. 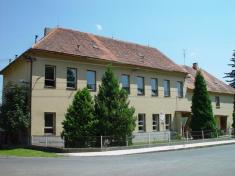